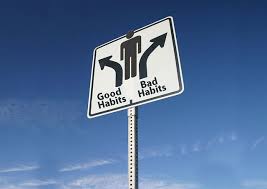 Today’s entry comes from the vaults. No, not the Montresor’s (Poe fans will get it), but this blog’s (equally dusty). WordPress informs me that I now have more readers (14) than I did the year I started “Updates on a Free-Verse Life” (two–me and my dog, who was forced to read it in exchange for a “Bark Less, Wag More” cookie).

That was April of 2016, when I shared 11 habits every writer should keep by looking at a list of wisdom I’d heard from sages through the ages, then commenting (as is my wont) on them.

If you’re not the type to dumpster-dive in a blog archive (and how rare is THAT blood type?), here it is again:

As is true with most things in life, there’s no shortage of advice when it comes to writing poetry. Don’t consider the source, though. Advisors are seldom names you will find in the poetry aisle. (Well, if poetry even had its own aisle, that is. It’s more likely wedged between Romance and Manga.)

In truth, books about writing are like the “self-help” aisle, which by now probably has a more euphemistic name like “pre-owned cars.” Think about it. The guy who writes a book called “How To Be a Millionaire” wouldn’t have to slog through the writing of such a book if he heeded his own advice, right?

So, without further ado, some advice I’ve heard over the years and my reactions:

See? Memory Lane isn’t as far a walk as you thought. Of course, it helps when someone teleports you there.

The crutch. It’s a mighty symbol, one I see frequently in the lives around me as well as in my own. But […]

Remember when you were a kid, alone in bed, sleepless with ears attuned to every terror unknown to man—the things that go […]

Another day, another decade. Let’s hope we can see more clearly, it being 2020 and all. Vision, should be the theme. We […]