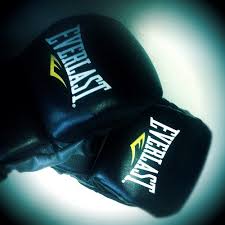 It wasn’t too long ago that I thought “Rupi Kaur” was a semi-precious jewel or a monetary unit from a faraway, exotic island. Then, wandering lonely as a cloud through the poetry section of a bookstore, I saw end caps with little books titled The Sun and Her Flowers and Milk and Honey.

For some reason (maybe my wife who, for the eighth time, was saying, “Are you ready to go yet?”) I did not pick up either book to browse and that was that. Lately, though, the less unfamiliar name of Rupi Kaur has been popping up again. Lots.

I saw a big feature on her, for instance, in a magazine (though the magazine’s name escapes like Harry Houdini) in which the author insisted that those who criticize and/or marginalize Ms. Kaur are kidding themselves. I got the impression that said critics weren’t laughing at their own kids, however.

I took a look-see at Amazon and lo, Rupi’s Flowers were #16 overall in Books (hardly wilting), and her Milk and Honey was flying at #15 (no evidence of curdling). That’s stratospheric, as they say on the Weather Channel!

Finally, last week, it got personal. A virtual friend on Goodreads went virtually Biblical on me by marking Milk and Honey (sans Land of) as “To Read,” adding she was curious as to what the fuss was all about. (Get in line, sister!)

Half jokingly, knowing she had yet to read a single poem of her virtual friend Ken’s, I commented: “Really?” (Of course, I already knew the answer: Really!)

I knew then it was time to take off the gloves. I knew then it was time for my latest book to step in the ring with Rupi’s blockbuster from 2014, round-by-round, reader by reader, if it was to have any chance at all of breaking free and going from little-guy obscurity to big-man-on-campus notoriety (with letters and honey).

Overall, the judges weren’t kind, but judges aren’t paid to be kind. They’re paid to bang gavels, wear gowns, and take recess (a terrific perk, if you like fresh air and nostalgia for grade school).

ROUND ONE: AMAZON SALES

Milk and Honey ganged up on me here. Together the breakfast staples combined for 4,455 reviews averaging 4.5 out of 5 stars. Nice work if you can get it! My book? At this early juncture (hers came out four years ago, mine two months ago), only 2 reviews averaging 5 stars.

Winner: Lost Sherpa of Happiness by 1/2 star. (Happily, the judges did not take Statistics in school.)

ROUND THREE: “SPONSORED ITEMS RELATED TO THIS ITEM”

Milk and Honey is sponsored by the following related book titles: Her, Her II,  Sex, Not Love, Candy, and Lachlan Immortal Highlander Book 1: The Scottish Time Travel Romance.

Lost Sherpa of Happiness is sponsored by space, the final frontier. (Hey, at least it’s in the black.)

Winner: Milk and Honey, and move Sex, Not Love to cart.

Milk and Honey features nine editorial reviews, including ones from USA Today and Huffington Post.

Lost Sherpa of Happiness chose not to feature editorial reviews, having forgotten to mail review copies to USA Today and Huffington Post. (The judges, asked to reconvene this round at a later date due to extenuating circumstances, refused.)

ROUND FIVE: FIRST POEM IN COLLECTION

the hurting
by Rupi Kaur

milk and honey dripped
from my lips as i answered

cause people have not
been kind to me

When Babcia Caught Her Breath
by Ken Craft

The first summer we owned the camp,
we brought my grandmother,
who wore the same one-piece floral bathing suit
each day. I said no, but she took the broom
outside, swatted webs
from the clapboards, tried to reach the eaves.
“Babcia, please! Come by the water,”
but she bent near the foundation blocks and posts,
pinching and pulling weed heads between rough
peasant fingers, the strong lake breeze
blowing her white hairs, mad dance
of dandelion fluff holding on.
Unbending herself slowly, she swore
in Polish, shuffled to the wood’s edge, tossed
ripped roots on Canada Mayflower,
Indian pipe, a Pink Lady’s Slipper.
“Come, now,” I said. She finally sat in the Adirondack
beside me, her tanned, bony chest
rising and falling, the sweetness of breath.
Silent, she stared at this lake before her. And me, I inhaled
its strange newness in her name: The waves
against rip-rap. The wild mint smell. The nuthatches
scribing arcs about pine-bark.
And, on the water, whitecaps drunk with the passing.
She took this in and more,
then said, simply, “I can’t believe
it’s almost over.”

Winner: In lines, Lost Sherpa by a Himalayan landslide. By italics, Milk and Honey running away. In the category of romance, hurt, desire, and Instagram videos, it’s Rupi, Rupi, Rupi early and often.

With that, only 2:37 into the fifth, the bell rang repeatedly and the judges interceded to stop the sherpa bloodshed. Milk‘s arm was raised, then Honey‘s.

Me, I just have to train harder: write shorter lines about longing, illustrate my poems with a graphic pencil, and invest in more italics.

That and drink lots of raw eggs….

The bookends of a poetry collection: the first poem and the last. Hook the reader, the Dalai Lama once said. Finish with […]

For many decades, I was a plainclothes reader of poetry. I took a course at university, like people do, but wasn’t terribly […]

Death is the ultimate form of going incognito and last week Denis Johnson, the author of The Incognito Lounge, died and left […]

Two cheers for the pronoun “I” in poetry! OK. One cheer, maybe? The upstanding pronoun has been under attack in some quarters […]