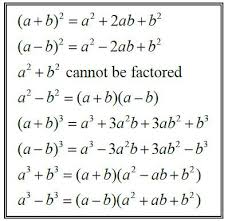 Not being of scientific or mathematical mind, I’ve never thought of humans in terms of a formula. Imagine my surprise, then, when I poked around Lin Yutang’s tome, The Importance of Living, and discovered this quixotic mix:

Lin Yutang himself admitted that these formulas are “pseudo-scientific” and that he distrusts, to a degree, “all dead and mechanical formulas for expressing anything connected with human affairs or human personalities.”

And yet, as writers know full well, abstractions, when given expression through the medium of concrete objects and human character, can lead to poetry. Thinking in this manner, a poet might be moved to find ways to write, for instance, about heartache.

As proof, let’s look at helpful formula #2. Said poet might begin by mixing equal parts reality (concrete images) with the abstraction of a dream (human desire). The contrasts, written with an alchemist’s precision, could conjure poetry to be reckoned with–the type of poem readers read and react to with, “Yes! That’s it, precisely! A wistful, poignant moment captured by an actual moment in time I can identify with!”

The sixth formula might be the most challenging of all. Here the “show” vs. “tell” takes the form of three formidable objects being juggled at once. A slice of life (reality) teamed with mankind’s addiction for dreams, leavened with the spice of wry humor that expands the vision (and don’t you just love the warm smell of vision?).

Easier said than done? Surely! But what fun is writing without a challenge?

And look at formula #4! Does it not remind you of our world’s 1930s-style shift to right-wing governments and brash demagogues? I leave t to political writers who go where angels fear to tread by attempting political poems that don’t come off as didactic and sanctimonious. A good resistance poem is a rare wonder, and sometimes the best approach is to objectively describe the humorless dreamers of a past that never existed and leave it at that.

Meaning? I’m no fan of formulas, but I can see how Lin Yutang’s pseudo-scientific equations might serve as interesting prompts, a jumping-off point into a refreshing quarry pool of wonderful things.

“Ekphrasis” is a Greek word meaning “description.” In poetry, it conjures a poem describing a painting or sculpture. Using the adjective form, […]

You wake up. Squint at the clock. Seven o’clock. Is that possible? No, wait. Spring ahead. Was this clock sprung before bed? […]

Creating poetry prompts is often considered an art form, one where you have to be uber creative by coming up with quirky […]

One of the themes running through Gregory Orr’s book,  Poetry as Survival, is the role of trauma and adversity in the creative […]