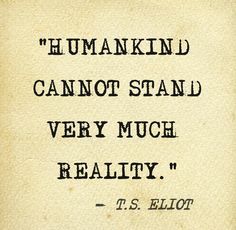 Writing a poetry collection is work. Finding an epigraph (or two) to grace those pale pages after the Table of Contents but before the first poem? That can be fun. “So many possibilities!” as mosquitoes in June like to say.

An epigraph can serve as a compass of sorts, a thematic guide to the poems you are about to read. Or it can be a satiric joke, maybe. A tender irony.

Whichever, I always read them. And often wonder over them. Returning to them after reading the collection is instructive, too. Sometimes they take on deeper meaning (like foreshadowing after the sun sets), and sometimes they become more cryptic (or, to be less generous, more random).

I’m still contemplating an epigraph for my forthcoming collection. For my first, I chose the oft-quoted Walden stalwart, “The mass of men lead lives of quiet desperation” because I thought it spoke to the theme of indifference, a rich vein on earth I tried to tap into.  I’ve always loved that quote. Heck with the book, it could serve as an epitaph on many a gravestone. Thank you, Henry, David, and Thoreau!

For fun, I thought I’d pull random poetry collections off my bookshelf and check out the epigraphs. Here’s what I found:

What do I erroneously assume that I know? (Montaigne)

— To the Left of Time by Thomas Lux

We would give anything for what we have. (Tony Hoagland) “‘Give me my leg,” she said.(Flannery O’Connor)

One madman laughs at another,
and they each give enjoyment to one another.
If you watch closely, you will see
that the maddest gets the biggest laugh. (Erasmus)

The hours of folly are measur’d by the clock,
but of wisdom: no clock can measure. (William Blake)
Who would dare tell me that
I am a stranger here?!? (Anna Akhmatova)

— Facts About the Moon by Dorianne Laux

The landscape crossed out with a pen reappears here. (Bei Dao)

Although Rama was Vishnu,
his human incarnation
made him unaware of his identity
at the moment. (The Ramayana, trans. R.K. Narayan)
Ugh! The stupidity of the beloved! (Grace Paley)

What Narcissism Means to Me by Tony Hoagland

Take him and cut him out in little stars,
And he will make the face of heaven so fine
That all the world will be in love with night
And pay no worship to the garish sun. (Romeo & Juliet, Act III, Scene II)

I thought, everything can be used in a lifetime, can’t it, and went on walking. (Joseph Cornell)

I go up but at the same time I go down.
Present tense I am; but past tense too.
Three is one too many, one is one too few. (Old Riddle)

You get the idea. Epigraphs may clear their throats and go all classical on us, Stentorian-like. Or they can throw quick, quiet quips like sophomores passing time in mandatory chapel. Either way, I enjoy them, and unlike prefaces and introductions, never skip them, pretentious or not.

One of the most famous lines in Thomas Jefferson’s start-the-presses Declaration of Independence is “We hold these truths to be self-evident.” OK, […]

Waiting for snow today. And the only thing more poignant than March snow is the “cruelest month’s” snow come April. With a […]

Every once in a while, I write a Random Thoughts post (copyright, patent pending). As advertised, it is random. The equivalent of […]