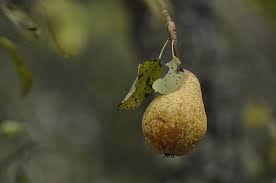 It’s so simple it’s complex. I mean feeling a wave of warmth and happiness in our time of pandemic.

Oh, we’ve got the negatives down. Many have complained they’re living in one of Dante’s Circles of Hell: The cabin fever. The boredom. The vague sense of unease and dread.

Mostly, though, it’s the lack of light at the end of this, our first real tunnel. Sure, we’ve been in tunnels before, but not this dark. Not since 1918, and there are no witnesses left with wisdom gleaned from that one.

But getting back to warmth and happiness. You can meditate. Do the self Reiki treatment. Eat comfort food till your aggrieved pants go online to order the next size up while you’re sleeping.

You can stop reading news, too. It truly compounds the teeming negativity, especially if you live in the U.S. where the “leader” specializes in dividing houses. I think of poor Abraham Lincoln, set Joe DiMaggio aside, and sing, “Where have you gone, old Abe Lincoln (oh!), a nation turns its lonely eyes to you… woo, woo, woo.”

OK. Back to the complexity in simplicity. I read Rosie King’s “Again” and said to myself, “My God, it’s so simple it escapes us. Especially now. In fact, most will insist such moments aren’t even available to us anymore. The stupid little things, I mean. The ones that have trouble translating. The ones that beg the cliché, ‘You had to be there’ when you repeat them.”

Are you buying this “crush of old sweetness”? Are the moments still out there for the harvesting — ones as “giving” as this one — or is such truck only for special people like Rosie?

Often it’s a question of perspective. With age comes unique angles on the past. An older person might overhear two teens passing while talking and bouncing a ball and that’s all it takes to send them back, back to a time when bubbles of moment were as simple and effective as you and a friend shooting the breeze. Friendship was the world at back then, a world constructed of of unapologetic happiness, a world at large that was as small as your own individual circles.

Face it. As you age, you grow more jaded. Moments like these grow more stubborn and vanish every second. They’re so damn unassuming, you almost feel like you have to be atop Cold Mountain with Hanshan and a full moon to catch them.

I don’t know. Maybe now’s a good time to hike the Appalachian Trail or the Pacific Crest. Something that takes a long time to accomplish. Something that lends itself to being alone in the Wilderness of Virus-less Eden with a few beloved friends or family members.

Something far from the madding crowd with its signs, guns, and protesting pitchforks outside state capitol buildings.

Yeah, that’s it — like the house undivided days. Again.

In his new collection of short essays, The Book of Delights, the poet Ross Gay offers one piece (“Writing by Hand”) that […]

OK, I’ll admit it. Not only have I never been to a poetry reading, I have never even considered it. The very […]

In February, like it or not, our thoughts turn to love. Or, as Frank Sinatra would have it: love and marriage. Not […]

I almost forgot, but it’s National Poetry Month. How I ever went a full week without realizing it is beyond me, but […]