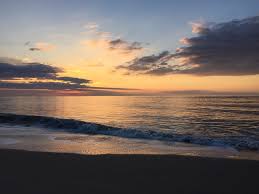 For short story writers, they say, it is the cup of hemlock to be influenced by Hemingway. It’s what Muhammad Ali used to refer to as “rope a dope.” Hemingway’s simple style sucks the writer in. The writer thinks he can imitate it truly. The writer writes. Simple garbage, that is.

The poetry equivalent of Hemingway might be Frank O’Hara. I’ve been slowly wending my way through the 600-plus page Collected Poems of Frank O’Hara, winner of the National Book Award for Poetry, and sometimes I feel like a dope enchanted by ropes.

In reading one enchanting poem, “Getting Up Ahead of Someone (Sun),” I came across a line that might explain why. O’Hara makes reference to writing “one of my ‘I do this I do that’ poems in a sketch pad,” and I said to myself, “Eureka! That’s what a lot of these poems are! The quotidian this and that of Frank’s days and nights!”

How simple to imitate, right? We all have “quotidians” hanging around. And we can all write about it in weirdly wonderful ways. Or so we think.

That’s the good and the bad of imitation. The good: It inspires you to write and boy, howdy, do we need a lot of that. The bad: Sometimes imitating is really an attempt to be the second coming of an artist. That’s where the dope comes in.

Anyway, here’s Frank’s poem with the prophetic and helpfully dangerous “I do this I do that” line. If you’re an early riser like me, you’ll find it extra amusing. And if you’re a night owl, you’ll sympathize.

Getting Up Ahead of Someone (Sun)
Frank O’Hara

I cough a lot (sinus?) so I
get up and have some tea with cognac
it is dawn
the light flows evenly along the lawn
in chilly Southhampton and I smoke
and hours and hours go by I read
van Vechten’s Spider Boy then a short
story by Patsy Southgate and a poem
by myself it is cold and I shiver a little
in white shorts the day begun
so oddly not tired not nervous I
am for once truly awake letting it all
start slowly as I watch instead of
grabbing on late as usual
where did it go
it’s not really
awake yet
I will wait
and the house wakes up and goes
to get the dog in Sag Harbor I make
myself a bourbon and commence
to write one of my “I do this I do that”
poems in a sketch pad
it is tomorrow
though only six hours have gone by
each day’s light has more significance these days

Yes, it’s time for some Random Thoughts (Copyright and Patent Pending) for the month of August, named after the formidably crowned Caesar […]

When you enjoy a new-to-you author this much, you just hope you haven’t made the mistake of choosing her best book to […]

Je regrette, but it’s true. I play favorites among my children. No, not those children. My poetry children. What’s weird is, often […]

Creating poetry prompts is often considered an art form, one where you have to be uber creative by coming up with quirky […]