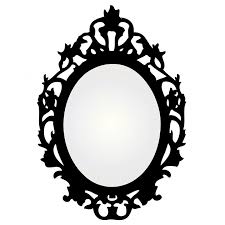 In today’s New York Times Magazine, Rita Dove selects a Jericho Brown poem about Jericho Brown called, quite simply yet not simply at all, “Dark.”

I say that because “dark” is one of those adjectives that can denote (and connote) many meanings, as certainly it does here. And though we’ve been discussing the poetry of self in recent weeks, I have to admit that reading this poem makes me wonder whether it is really about “self” or not.

If the answer is “or not,” then Brown is onto something. Like race. And self-worth. And self-rationalizations. And life. Here’s the poem:

I am sick of your sadness,
Jericho Brown, your blackness,
Your books. Sick of you
Laying me down
So I forget how sick
I am. I’m sick of your good looks,
Your debates, your concern, your
Determination to keep your butt
Plump, the little money you earn.
I’m sick of you saying no when yes is as easy
As a young man, bored with you
Saying yes to every request
Though you’re as tired as anyone else yet
Consumed with a single
Diagnosis of health. I’m sick
Of your hurting. I see that
You’re blue. You may be ugly,
But that ain’t new.
Everyone you know is
Just as cracked. Everyone you love is
As dark, or at least as black.

It’s almost as if Brown has considered the navel-gazing question at great length, then wrote a poem about it through a looking glass darkly.

It’s something we all could do because, paradoxically, we often simultaneously love and loathe ourselves, being trapped as we are in these bodies we carry around each day (psychologists call it “baggage,” but that’s a heck of a word for a man’s mortal coil, don’t you think?).

As for self-loathing, I except, of course, those who live to be 100. The secret to their longevity? They don’t think too much, certainly about themselves. And they don’t write poems about mirrors looking back accusingly, either. That alone might cost you a couple of years.

If you’re old enough to remember the 50s or 60s, Philip Larkin, with his bald head and Coke-bottle glasses, looks a lot […]

I’ve finished David Markson’s Reader’s Block, yes, but no–I’m not done sharing some of the neat trivia found in this unusual “novel.” […]

Writers know they are alive by receiving rejections. Those rote e-mails in the inbox are vital signs–reminders of the obvious and the […]

Steering clear of translated poetry is more common than running off the road to avoid poetry written in your native tongue. Poetry, […]

3 thoughts on “Mirror as Poem as Mirror”