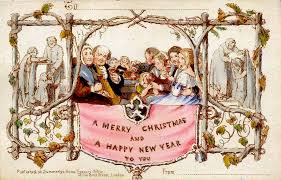 On the Eve. It’s the name of a Turgenev novel, but I’m more attuned to the calendar than Russian Literature as Christmas cards blow like white drifts into the mailbox. Today we are on the Eve of the Eve, and my mind is scattered poetic and prosaic with holiday overload. Time to hit the release valve, in other words, with some random observations:

The moth under the eaves
with wings like
the bark of a tree, lies
symmetrically still —

And love is a curious
soft-winged thing
unmoving under the eaves
when the leaves fall.