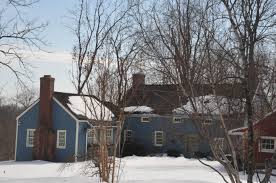 This month’s issue of Poetry offers an interesting poem by Jessica Greenbaum, one that holds up to rereading because, well, it requires as much.

It is unusual in a few respects. For one, it is written as an epistolary poem with the salutation, simply enough, as the title. Two, it is one very long sentence, loaded to the gunwales with introductory phrases and clauses, breathless almost. And three, it has a turn and gets somewhere—a conclusion, a change, though the reader has to work to figure out the relationship between the speaker and the titular Charlene. The other challenge is positioning the exact moment in time the poem is written.

Me, I like working for meaning. Simple poems are nice, but sometimes the exercise of rereading (as in Anne Frank’s Diary, which makes a cameo in the poem itself) offers its own rewards. The fifth reading won’t be the same as the first, in other words, and all the introductory clutter will move more smoothly because you, the reader, will become more adept at reading them the way they should be read.

one night, leaving your son’s makeshift bedroom in the loft
of the barn, in that first house I knew you in,
crunching through January’s snow back into your kitchen,
past dinner’s left-out dessert plates, then past the fireplace whose embers
still chittered like the chatting old sisters on the bus
I had taken here the day before, north, for eleven and a half hours—
a trip during which I sometimes crocheted what became
a rather long scarf for your son—then up the stairs past your bedroom,
to the guest room, up to the gables with its sloped ceiling
where waited the bed’s patchwork quilts, a painted comb, the lamp
you left on for me, and for some reason lost to time
a copy of Anne Frank’s The Diary of a Young Girl near enough—
maybe on a low bookshelf outside the room?—near enough
for me to choose it, and once under the covers I was awake
from start to finish with Dear Kitty again, with the Epilogue, again,
though I felt I was reading it for the first time, or more like
I was a tree to which a bird returns and this time sees
the branch on which it will make its nest, and so I understood—
because being told of your death I want to parse all I have learned from you—
I understood we were to have some experiences many times in our lives
if we were lucky, but we would live them each time differently,
which seems obvious now, but then I was sixteen and didn’t know,
I didn’t know that each experience wasn’t just the first of identical ones to
come,
like a rack of same dresses, and for that reason I thought
the mother of men I loved would all be like you, and all their sons
as kind as he, and that the journey between barn and house on a winter
night
would always show a spray of constellations that would connect
all I was feeling with the goodness of the earth, also turning.

After reading this, you might try writing poem as old-fashioned snail-mail letter yourself. If it is written to a person whose life has made an impact on yours—and if it is driven by the engines of emotion, especially—you might find a poem you can work with.

What’s to lose in trying?

I still have my George Bilgere book out from yesterday, so why not share another poem? Although wistful, like sentimentality, is quicksand-dangerous […]

Sometimes poets get a reputation and carry it around like Jacob Marley’s chains. Consider Sharon Olds and sex. The two are closely […]

Before I say a reluctant goodbye to Peter Orner’s book, Am I Alone Here?, that has been such good company these past three […]

In his essay, “Notes on Poetry and Philosophy,” Charles Simic takes a shot at defining poetry. It is a moving target, to […]