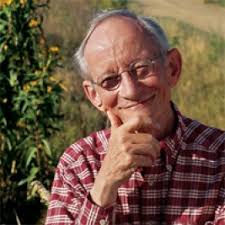 Poetry is one of those things people love to pronounce as dead. They officiate over it in most un-poetic sermons. They swing the thurible and diffuse the cloying incense.

But you don’t have to be an Edgar Allan Poe character to realize there’s a heartbeat (and I don’t mean under the floorboards, either). Poetry is written about every subject you can think of—be it ever so humble or not. And, like the sun also rising despite what mankind does to the world, it persists.

On the humble side of poetry, I give you sleep apnea. No kidding. A poem hooked up to a CPAP machine. A poem by that title comes via Nebraska gold, one of my favorite contemporary poets, Ted Kooser.

Talk about a Midwestern soul. Talk about a guy you might bump into in Aisle 3 at Ace Hardware. Talk about a wizard in Everyman’s clothing, top button of flannel shirt buttoned at the neck. Kooser is it.

Here is Kooser’s poem, “Sleep Apnea,” which is about listening to his thus-afflicted father breathe:

Night after night, when I was a child,
I woke to the guttering candle
of my father’s breath. It made a sound
like the starlings that sometimes
got caught in our chimney, a chirping
that would gradually, steadily build
to a desperate, flat slapping of wings,
then suddenly drop into silence,
into the thick soot at the bottom
of midnight. No silence was ever
so deep. And then, after maybe
a minute or two, I would hear
a twitter as he came to life again,
and could at last take a breath for myself,
a sip like a toast, lifting a chilled glass
of air, wishing us courage, those of us
lying awake through those hours,
my mother, my sister and I, who each night
listened to death kiss the fluttering lips
of my father, who slept through it all.

The poem, like poetry itself, seems to walk the line between life and death, but like news of Mark Twain’s demise, that death is greatly exaggerated. Instead, we get some beautiful descriptions of life in the form of breathing—“It made a sound / like the starlings that sometimes / got caught in our chimney, a chirping / that would gradually, steadily build.”

Then after the hallmark non-breathing pause that distinguishes apnea, Kooser gives us this beautiful metaphor for his fathers’ watchers breathing relief: “a sip like a toast, lifting a chilled glass / of air.” It’s the unexpected that works here, that sipping of a chilled glass of air.

See? Not dead. Still breathing. And very much alive. Poetry.

The old axiom has it that writers can cheat death if their words live on. I’m not terribly impressed with the formula […]

Some people consider themselves a writer but, when asked, never admit as much. They are the shy and modest ones, I hear […]

I write a lot of nothing here, but let’s put it more kindly: I often write how the poet’s job is to […]

4 thoughts on “Listening for Poetry’s Breath”