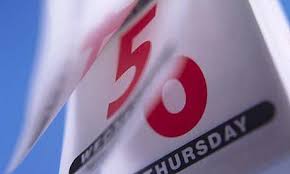 After careful consideration–wait for it!–I’ve decided that waiting is bad for me. Why am I always waiting? And why am I sometimes unaware of what exactly I’m waiting for?

As a poet, my waiting habit has been fed and nurtured. I write a first draft, second, third, and on up the abacus of practice until my poem looks like a many segmented caterpillar inching toward the promised land. Then I put it aside. Time will help, I insist.

Coming back to it weeks later, I slice it down to inchworm size. That bad. How did I miss it? And when is this great idea going to reach final fruition? Wait for it! I tell myself.

Often I send poems out to willing markets in batches of five or so. Then, instead of moving on to new work, I get lazy and wait. Surely today, I say a few weeks later. So I look at Submittable and see “Received” has changed to “In-Progress.” My waiting intensifies, though logic tells me one label is as meaningless as the other and the wait for “In-Progress” could be as long or longer than “Received.”

But that’s the essence of waiting.

Once I thought getting a book published was the final answer to waiting. I finished a manuscript, sent it out to multiple homes, and instead of starting another, waited for it. When the big event occurred and I was rewarded with acceptance, I felt all the waiting had been rewarded.

Alas, after the initial publishing euphoria, I just went back to waiting. But for what? For my book to be discovered, maybe. But by whom? God knows. And works in mysterious ways.

Speaking of, my waiting had almost evolved into a form of worship. I didn’t seem to realize that all this waiting amounted to time lost and days drained. I forgot that God numbers the days. It’s His bad habit. We all deserve one.

Some day, after another bout of great news, I’ll be asking myself, “Was this worth the wait? Is this any different? Is this the one?”

I’m almost sure the answer will be “no.” In the words of the prophet (Bono): “But I still haven’t found what I’m looking for….”

Resolution without the excuse of a new year: I’m going to get busy. Busy so I don’t notice all this furtive waiting I’m secretly engaged in. You know. The waiting I’m supposedly giving up as of today.

(End of post. I’ve got to check my e-mail. I’m waiting for something big. Because surely this is the day….)

The sedentary reader is often moved by his discoveries. Recently I learned about a style of writing Robert Bly referred to as […]

“You just don’t think!” As a child, I often heard these words, usually from one of my parents, sometimes from a teacher, […]

One of the jobs of poetry is understatement. Hemingway, over in his fiction writings, would call it the “iceberg theory.” You see […]

In the past week, I’ve been reading a telling triptych of materials. As readers of this page know, I have Terrance Hayes’ […]