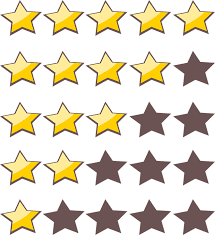 There are many reasons your average bibliophile gives no “phile” to poetry collections. One, maybe he’s intimidated. Two, maybe he has a conditioned response thanks to his thankless high school English teacher. And three, maybe he wouldn’t know where to begin with a poetry book if he read one to begin with.

As the first two are out of my control, let me address the third. You don’t have to be a professor or wear black turtleneck and beret to review poetry. You don’t even have to know the difference between dactyls and ducks, blank verse and bearcats, pentameter and porcupines. Writing from the basic bastion of your position as average reader works just fine, thank you. Here’s how:

A final word about authors of poetry collection–and this is strictly my opinion, which some might justifiably disagree with. I don’t think you should hold beginning poets to the same bar as well-known ones. That is, if you’re reviewing on a site like amazon or Goodreads, both of which employ a 5-star rating system, you don’t want to criticize Suzy Starter for not being Emily Dickinson, or Freddie First-time for not being Robert Frost. Emily and Rob had to start somewhere, too.

That said, the worst you can do is not read poetry or read and then not review a poetry collection at all. Reviews are the lifeblood that sustain poetry collections, which are living on thin air as it is. They need readers and reactions. They need support lauding the things they do well.

So don’t hold back because you want to read another same ole, same ole (Paulo Coelho, Joyce Carol Oates, Jo Nesbo). Get outside your comfort zone now and then. And review poetry with ease because, let’s face it, you don’t need any poetic license to do so. Your high school English teacher is not watching. The scanning and analyses are over.

Lost Sherpa of Happiness    If you think this might be a great book for practicing your poetry-reviewing skills, go to the head of the class. And if you’re a student and think your university should purchase a supply for the bookstore, you’re apparently ready to run the class! 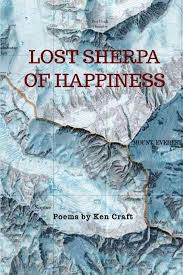 One of the many small pleasures in writing is discovering just how much we all think alike. In my upcoming book, a […]

This past month, we lost another poet of note in Donald Hall, a New England poet whose roots settled deep into the […]

In their book, The Poet’s Companion, Kim Addonizio and Dorianne Laux share a worksheet Jane Hirshfield created for a Napa Valley Writers’ […]

I’ve written about Goodreads’ Book Giveaways before. To say the least, I have ambivalent feelings. On the one hand, they’re good publicity […]

No Comments “How To Review a Poetry Collection”