The word “lovely” is old-fashioned and antiquated. Still, I consider it an old stand-by when referring to poems that successfully dance on the edge of abstraction and sentiment.

Abstraction and sentiment, you see, live on the precipice. One false move and over they go, much like Wiley Coyote with his lead parachute manufactured by Acme. My hat’s off, then, to poets who take risks, and one who engaged in risky business early and often is Mark Strand. As a for instance, let’s read together:

The Night, the Porch
Mark Strand

To stare at nothing is to learn by heart
What all of us will be swept into, and baring oneself
To the wind is feeling the ungraspable somewhere close by.
Trees can sway or be still. Day or night can be what they wish.
What we desire, more than a season or weather, is the comfort
Of being strangers, at least to ourselves. This is the crux
Of the matter, which is why even now we seem to be waiting
For something whose appearance would be its vanishing —
The sound, say, of a few leaves falling, or just one leaf,
Or less. There is no end to what we can learn. The book out there
Tells us as much, and was never written with us in mind.

If poetry is the art of stating truths we hold to be self-evident — only in a manner we’ve never seen before — then Strand is your man. For a dark poem, “The Night, the Porch” is deceptively light.

For starters we have that “nothing” in L1, the one we learn by heart by staring at. It’s the same nothing we’re all being swept into, according to the speaker, once our brief terms here are done.

What really gets me is the “crux / Of the matter,” defined here as “the comfort / Of being strangers, at least to ourselves.” I had to mull on that one for awhile. How is there any comfort in being a stranger to yourself? But then I recalled the words of the prophets: “But I still haven’t found what I’m looking for” (St. Bono) and “The mass of men lead lives of quiet desperation” (St. Henry David). Surely that “stranger” is the construct we always hoped we would be.

And so we wait. And wait. For something as subtle as the sound of leaf fall. For something “whose appearance would be its vanishing,” which is a roundabout way of saying something both impossible and impossibly lovely.

Why is the impossible so alluring, you ask? Perhaps it is akin to hope. Perhaps it is one of the things that keeps us going in life. At the end of his book, The Sun Also Rises, Ernest Hemingway has Brett Ashley and Jake Barnes — lovers doomed to never love — look each other in the eye and agree on this sentiment: “Isn’t it pretty to think so?”

Yes, it is, no matter what “it” is. And acknowledging as much is like learning from a book that was “never written with us in mind.”

We just think it was, as is our prerogative.

Word of mouth is powerful exchange in the market of book selling. No publicist can match it. Person A reads a book and recommends it to Person B, who immediately tells Person C, “You have to read this!” right on down the alphabet.

Me, I’ve had more recommendations via “word of author.” If I admire an author, I often read the writers he or she admires. Makes sense, doesn’t it? Especially if you believe as I do that writing is informed by the writers you admire, consciously or subconsciously.

My first reading extravaganza came thanks to the young and tortured anti-hero, Holden Caulfield, in The Catcher in the Rye. In an early scene in his private school dorm, Holden is found reading.

What’s the title? As the reader bends for a closer look, he finds it is none other than Out of Africa by Isak Dinesen. It might have been a strange choice for a teenager, but as a teenager myself, I hunted it down and read it as well, feeling cool in a Caulfield kind of way.

The other book Holden recommends in this scene is The Return of the Native. Thomas Hardy, the author, was the kind of guy you’d like to call up and talk to, Holden says. Though I was still in high school, I met Eustacia Vye because of Holden. Talk about a blind date! I made it to the end, too–classic or no–and even read a few more Hardy’s (most memorably, Tess of the D’Urbervilles).

Another great word-of-author guy is Ernest Hemingway. He loved to write about eating, drinking, and reading. In A Moveable Feast (misspelling and all), he shares the books he’s checked out of Sylvia Beach’s Paris bookstore, Shakespeare & Co. One was Turgenev’s A Sportsman’s Sketches, a book I took with me on a deer hunt in Maine.

We often associate books with location read, and that collection of stories will forever go down as the one in my hands when the early snowstorm socked us into a farmhouse on a Maine mountain. I’d rather read than hunt, anyway.

Hemingway also was reading Constance Garnett’s translation of War and Peace while playing the starving artist in 1920s Paris. That and Dostoevsky’s The Gambler and Other Stories. I credit Ernie with making me the Russophile that I am–at least when it comes to Russian literature from the golden age (19th century).

In The Green Hills of Africa, EH talks books some more. He’s still reading Tolstoy, in fact. “The Cossacks” and Leo’s other stories of Sevastopol. I bought these stories, too, and read them quickly and selfishly, like a hungry dog that doesn’t want to share his meal.

Hemingway doesn’t stop there. He has Stendhal while big-game hunting in Africa, reading Le Rouge et Le Noir. Suddenly and dutifully, I was reading Stendhal as well. I think I liked The Charterhouse of Parma even better, but I never would have read either if not for Ernie.

It’s like dominoes after awhile. When reading Tolstoy, I got to read books he mentioned. Chekhov’s short stories. Pushkin’s wonderful Belkin’s Tales. Lermontov’s atmospheric  A Hero of Our Time, another short masterpiece featuring an anti-hero.

Perhaps it speaks to my shy nature as a teenager. Word of mouth was for the social sorts. Me, I hung out with writers in a vicarious way, and followed up on their every recommendation. That habit has brought nothing but literary gold, making me a “wealthy” man of sorts, at least if “well-read” counts for something on the stock exchange.

And if you find Tolstoy and Turgenev and Hemingway in my poems (and you will), it’s for a reason. Books that led me to books. 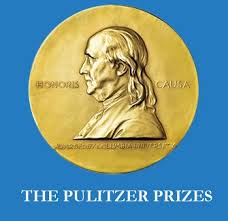 Hello, Ruby Tuesday. Special, apparently, to Mick Jagger, but for me, just another day of the week to wonder, whine, and wax ineloquent about this wonderful world we share through no choice of our own. (Please, though. Don’t blame Mom and Dad. They were young and restless, too, at one time!) 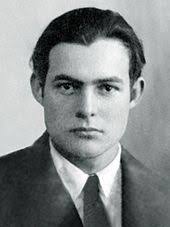 Many people don’t know that Ernest Hemingway enjoyed reading poetry and, before he became famous for his short stories, even attempted a few poems. Reading A Moveable Feast, I can see why. Poetry often hides in the work of good prose writers, and as I tried fashioning found poems from young Hemingway’s spare language, I discovered an almost Eastern simplicity to them:

Paris in winter,
clear and cold and lovely.
Our apartment, though,
warm and cheerful.
We burn boulets—
molded, egg-shaped lumps
of coal dust.

Outside, accustomed
to bare trees against the sky,
I walk on fresh-washed gravel paths
through Luxembourg Gardens.
The clear, sharp wind.

Winter winds blow across
surfaces of the ponds
and the fountains
blow in the bright light.

The fireplace draws well,
warm and pleasant to work.
I bring mandarines,
roasted chestnuts
in paper packets, peel
and eat the small
tangerine-like oranges,
throwing skins
and spitting seeds
in the fire.

I am hungry
with the walking and the cold
and the working.
Hunger is good discipline.

“The fox knows many things, but the hedgehog knows one big thing,” or so Archilochos told us when we were young in the 7th century. Ever since, I’ve been trying to figure out whether I’m a fox poet or a hedgehog poet.

Renaissance men, they were a foxy lot, knowing many things from many different disciplines. It was their point of pride, to the point of competition even. The poster boy? Leonardo da Vinci, of course. Foxier than Reynard the Fox. Or Foxy Loxy. Or any other foxes traipsing around Aesop’s fables instead of being productive.

Me, I lean hedgehog, though I can’t for the life of me identify the “one big thing” I know. Isn’t that what life is all about? Trying to figure out the one big thing? And isn’t that the itch that causes us to scratch out so many poems? Searching for the big thing, in that respect, becomes the Muse’s key of Middle C.

In his book, The Triggering Town, Richard Hugo dispenses with foxes and hedgehogs and buys stock in another split: fictional characters. He distinguishes between Ernest Hemingway’s protagonist Krebs from the story “Soldier’s Home” and William Faulkner’s young protagonist Snopes from the story “Barn Burning.” According to Hugo, we are either Krebs poets or Snopes poets.

Taking his metaphor on the road and applying it to American poets, Hugo writes: “Not from birth and circumstance, but by virtue of how they feel about themselves and their relation with the world, as revealed in their poems, many American poets see themselves as (or really are) Krebs or Snopes.”

“For a Krebs poet success means accepting values he knows are phony. For a Snopes poet, success could mean he has cast aside all people (including himself) he believes are doomed to failure and whom he continues to love. In both cases the result could be self-hatred and creative impotency.”

Hugo himself seems drawn to the Snopes crowd. I’ve no idea if the Snopes poets traffic in foxes or hedgehogs, and I’m not even sure I fully grasp what he’s after here, but it seems sure that the two characters arrive at the creative springs via different paths.

And what would the modern equivalent be? The MFA insider crowd, laureled by academia (scratch my back and I’ll scratch yours) vs. the feral poets, reading and writing each day without so much as a sideways glance at universities, residencies, seminars, and workshops? Would the former be the fox/Krebs tribe while the latter is the hedgehog/Snopes one? And where would you fit in, if the poetry world were split in such easy dichotomies?

A head scratcher, I admit. Especially if you feel so mixed up as to identify as a hedgehog/Krebs or a fox/Snopes. Then what?

Write, I guess. When you’re confused by anything, the answer is always “just write.”