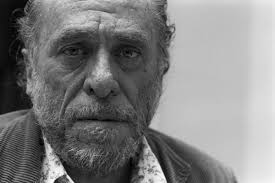 I’ve noticed, reading published poetry, that it doesn’t hurt to use allusions, whether subtle or direct. If you have a keen literary interest in a famous writer, artist, philosopher, or historical figure, etc., allude away! Use quotes. Use interesting facts. Just use them Yoda-like, blending them into your poem’s purpose and its art until you have an allusion smoothie.

Here’s an example from a poet who is not known for his subtlety, Charles Bukowski. But then, I’ve always suspected Bukowski’s rebel act was just that and only partly true. He did, in fact, take his writing quite seriously. You can’t have that much of an output while constantly drinking and lazing around, after all!

a song with no end
Charles Bukowski

when Whitman wrote, “I sing the body electric”

to be completely alive every moment
in spite of the inevitable.

it will have known a victory just as
perfect as
ours.

A twofer! Allusion and the universal preoccupation of poets everywhere, death! You might even make it a threefer if you deem it aphoristic, as in a wise man’s teaching, to boot.

Really. Charles Bukowski as prophet and sage. And all because of a stiff drink of Whitman-infused allusion.