T’is the season for “Best of” lists, and yes, even poetry gets in on the game, at least if the playing field is as large as The New York Times, where the Book Review’s poetry columnist Elisa Gabbert selected seven favorites from 2021 only to be pounced on by readers.

One named “to each their own taste” commented “The NY Times carries great authority, yet this list is so arbitrary and slants so steeply toward poets who are not widely known. How can any round up being called the year’s ‘best poetry books’ not include even Kaveh Akbar’s “Pilgrim Bell,” let alone the Louise Glück book seemingly ignored exactly because it’s by a Nobel poet. Does being better-known disqualify?”

I couldn’t disagree more. I mean, I get it. Having read both Nobel winner Louise Glück’s wonderful Winter Recipes from the Collective and Kaveh Akbar’s Pilgrim Bell: Poems, I can understand why they might merit consideration for a “Best of” list. But really, do Nobel winners and familiar names like theirs even need the attention? And isn’t that a little too easy for an expert like Elisa Gabbert?

Unlike “to each their own taste,” I favor slants “toward poets who are not widely known.” In fact, I think The Times’ Gabbert could slant even more. Two of her seven selections were choices of a Brooklyn bookstore’s poetry subscription series – one I myself receive. And while I’m in the confession box, I’ll state here that one of those two choices struck me as ordinary while the other I abandoned (though now I may give it a second go, to see if it’s me or Gabbert). In any event, keep slanting, Elisa! Make the widely unknown a little bit more known and trust that the famous can fend for themselves! 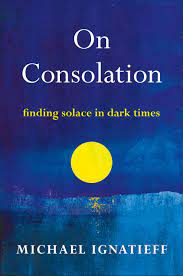 I’ve been reading Michael Ignatieff’s short essays, On Consolation: Finding Solace in Dark Times, and so far have most enjoyed the pieces on Marcus Aurelius and Michel De Montaigne. Poor Marcus Aurelius. Like Bartleby the Emperor, he would “prefer not to” do anything Roman emperors had to do – rule, lead battalions against barbarians, entertain fools. Yet he slogged on, writing his Meditations to reprove himself (for lack of Stoic discipline) as much as others.

Montaigne, though he lived in the 16th century, struggled with the party (read: religious) line on consolation. He was too busy writing essays about himself as a human mind and a human body. How 21st century of him!

“I renounce any favorable testimonials that anyone may want to give me not because I shall deserve them but because I shall be dead,” he said, neglecting that little business of an after-life. As he lived in a time of Catholic vs. Protestant bloodshed in France, one can see why he loathed religious zealots.

Care to sample a few poems from my book online? In the Miracle Monocle out of the University of Louisville, you’ll find “A Boy, A City” (originally written as an ekphrastic poem to go with a photograph) and “Loyalty,” one of my favorite short poems in the book.

You can also find one of the “lost brother” thematic poems, “My Brother’s Bedroom,” in Jacar Press’s poetry publication, one, Issue 21.

Speaking of Reincarnation & Other Stimulants, my thanks go out to Steve Penkevich from Reader’s World Bookstore in Michigan, who published this awesome-isn’t-the-word-for-it review of my book on Goodreads. 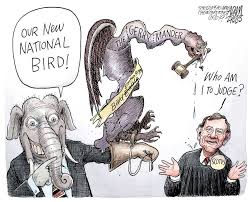 Am I the only one who thinks the scariest bit in the news these days is the slow taking down of our Republic? In this sense, the good news of Donald Trump’s defeat may turn out to be the bad news. If not for his legitimate defeat in the 2020 presidential election, none of this perfidy would have been turned loose.

Ever child-like and narcissistic, Trump denied losing and insisted it could only happen if he was “robbed.” His slavish minions in countless key states with Republican majorities in their houses and senates have taken this lie as an excuse to blatantly gerrymander voting districts so the GOP can’t possibly lose future elections.

Couple that with voter-suppression laws designed to favor voters registered with the GOP and the purging of any election official (Republicans as well) who had the integrity to stand up to Trump’s lies, and you get a recipe for one-party rule, much like you see in, say, Putin’s Russia and Xi Jinping’s China today. Elections may occur in those countries, but they are little more than bad jokes with outcomes a preordained given. Is that what we want for the formerly United States? To see Trump succeed where Jefferson Davis failed?

I’m not sure why Republicans and Democrats alike in states like Arizona, Texas, Wisconsin, Pennsylvania, Georgia, Florida, and North Carolina are not up in arms over this breach of citizens’ rights. Why are they OK with some American voters counting more than others? Is it patriotic to acquiesce to electoral systems used in Fascist and Communist (small difference, as both are built around cults of personality in a single leader… sound familiar?) countries today? I’m looking for ways to fight back, but it’s difficult when you don’t live in one of the states that are betraying basic precepts of the Constitution, all while cloaked in a false flag of patriotism.